L-Type Triglyceride M is an in vitro assay for the quantitative determination of triglyceride in serum or plasma.

L-Type Triglyceride M is not interfered significantly from other serum components thanks to high ability to remove turbidity. This reagent shows superior linearity in broad range (1.1-2000 mg/dL) because of highly reactive lipoprotein lipase (LPL). This is based on GPO-HMMPS method using color former HMMPS (N-(3-sulfopropyl)-3-methoxy-5-methylaniline) which Wako developed.

Principle of the Method

Free glycerol in specimen is eliminated by the action of glycerolkinase (GK), glycerol-3-phosphate oxidase (GPO) and catalase.

Triglyceride in specimen is converted to dihydroxyacetone phosphate and hydrogen peroxide by the action of lipoprotein lipase (LPL), glycerolkinase (GK) and glycerol-3-phosphate oxidase (GPO). The reaction goes on as follows. In the presence of peroxidase (POD), the hydrogen peroxide formed yields a blue pigment by quantitative oxidation condensation with N-(3-sulfopropyl)-3-methoxy-5-methylaniline (HMMPS) and 4-aminoantipyrine. The triglyceride concentration is obtained by measuring the absorbance of the blue color. 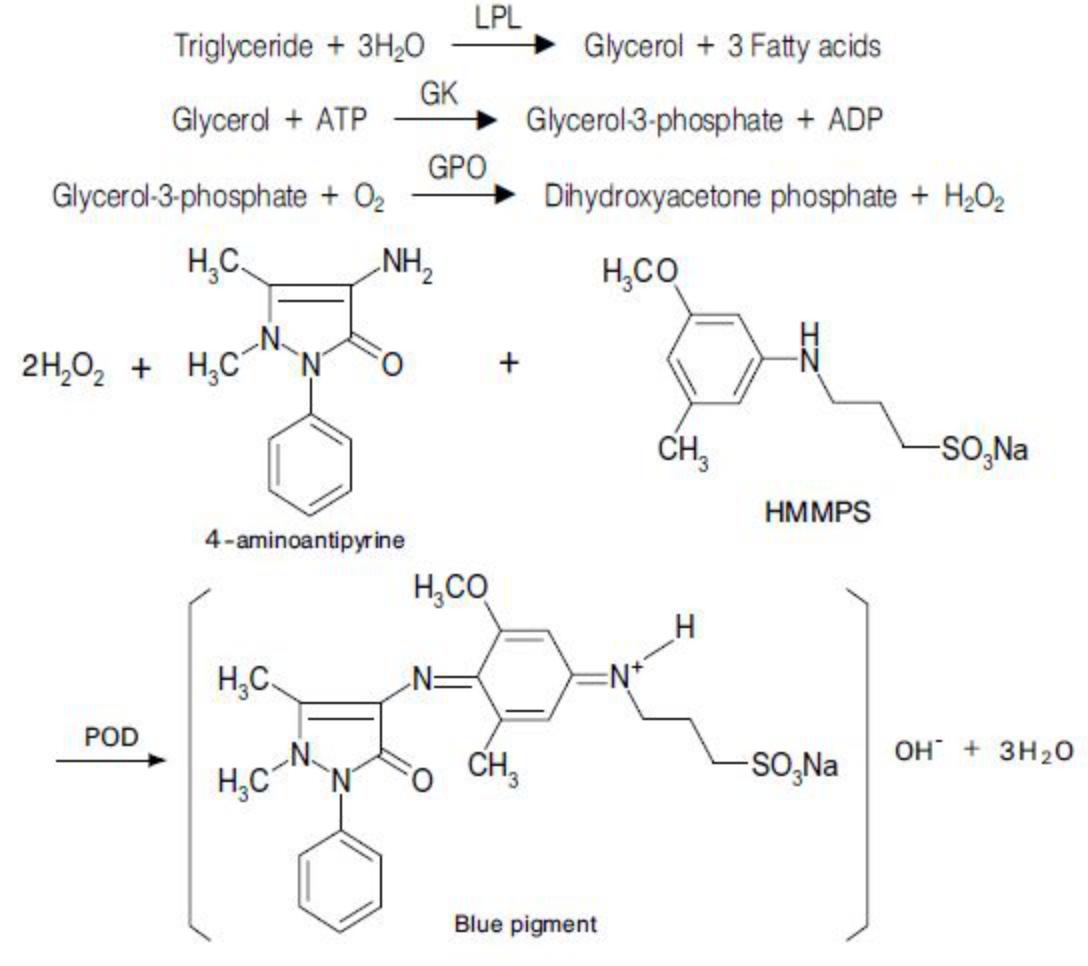 Application to automated analyzers and Package are available upon request